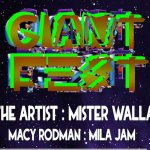 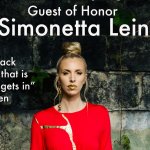 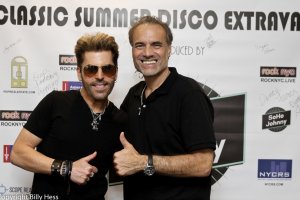 It is a rare occasion when a 12 Hour Event takes off without one single hitch, when an entire event is beyond perfect. However, that was most definitely the case regarding SoHo Johnny’s “Summer Disco Extravaganza”, co-hosted by Dance Fever superstar Deney Terrio. For me it was a life altering phenomena, featuring the best disco had to offer, an atmosphere of peace and love, some of the coolest people I’ve ever met, and superstar SoHo Johnny, a man with class, integrity, charm, talent, a heart of pure gold, and a dream….. 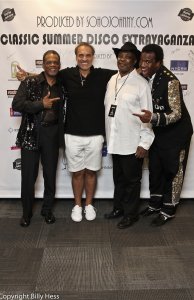 SoHo Johnny is one of those extraordinary and semi-occasional anomalies who are completely authentic, giving, caring, truthful, and completely “the real deal.” Just knowing him became a divine and celestial entrancing encounter. With an overwhelming passion to share his love for music with the world, and to “give back” to those less fortunate and in need of support, in this case to the “American Cancer Society”, Johnny set out to create and orchestrate an event of a lifetime, featuring all the incredible, star-studded, musical forces of nature from the disco era. However, it evolved into more than that….. 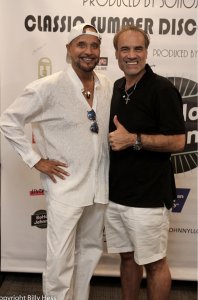 The festivities began with a perfect sunny, breezy, day, void of the current humidity that had been plaguing the East Coast, probably the only thing not in Johnny’s power to arrange. It started as an afternoon outdoor event under a massive, monochromatic, alabaster, tent rooted amongst a country club setting at the “Italian Center” in the picturesque Stamford, Connecticut. The Center is a community club offering fitness, pool, tennis, and a year-round recreational and social venue. The main edifice served as the greenroom for the artists where Johnny arranged top-notch gourmet offerings and drink the entire life of the event. Inside the tent a colossal free BBQ took place for the guests. The performers were taken from the greenroom to the tent via a comfortable Mercedes Benz mini bus…… 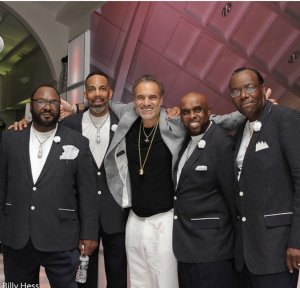 Co-host Deney Terrio from Dance Fever took the stage by storm dancing and moving like no other. One of the most influential and trend-setting personalities, Terrio is a choreographer and hosted the musical variety series Dance Fever from 1979 to 1985. He is recognized for teaching John Travolta how to dance for the famous disco movie, Saturday Night Fever. An icon in the world of dance, Terrio also made appearances in films including The Idolmaker, Star Trek ll: The Wrath of Khan, A Night in Heaven, and Knights of the City, as well as appearing on many popular TV shows. He has recently come off hosting a disco cruise and is slated to do another early next year. In any case the man is Hot! in every possible way! 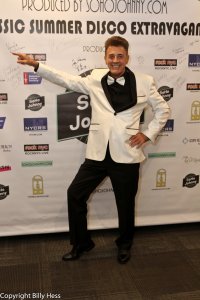 Star Hanson from the Freestyle duo Hanson and Davis then captured the stage performing several cool originals and finally “Hungry For Your Love.” Hanson is a bundle of energy, a talented singer, songwriter, and film producer and director. His vibrant personality kept things interesting throughout the entire event. A big surprise was Johnny’s impromptu duet with Hanson singing “Hungry” along with him. It was then I discovered Johnny could sing, and well. 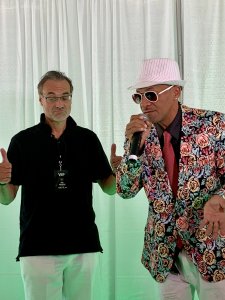 Next up was Robert Bartko a reincarnated George Michael. He was as close as it gets! Robert hails from Utah and is touring the country as a George Michael tribute, and will be featured this coming Saturday at Anaheim’s House of Blues. Instant Funk followed with melodious harmonies and a majestic style. Best known for their hit, “I’ve Got My Mind Made Up”, they had the tent reelin’ and rocking. Danny Clay followed wearing the best sparkling jacket on the planet. He did “Dance With My Father” which brought tears to many. Clay has toured with Steve Harvey, and has performed with, Ne-Yo, Avant, and John Legend. Stan “The Man” Hampton is said to have the spirit of Teddy Pendergrass, and Leroy Gomez has worked with Santa Esmeralda, Tavares, and Elton John. Raydio/ Arnell Carmichael followed. Mini Kiss also made an appearance. They are a Kiss tribute band made up entirely of Little People, and the most popular tribute band of little people in existence. 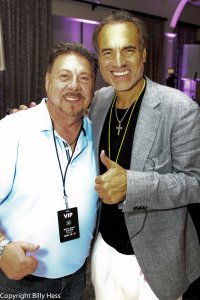 The finale of the day-time portion of the show was by the bedazzling Planet Patrol, an electro funk, freestyle, hip-hop faction. They are best known for their hit, “Play at Your Own Risk”, created from Afrika Bambaataa’s seminal “Planet Rock.” Wearing Paisley blue, sparking outfits, including the socks and shoes they ended the afternoon with a glamorous explosion. 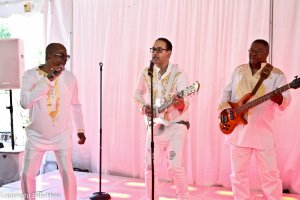 Throughout the afternoon’s performances SoHo Johnny made his presence known through heart felt mini speeches talking about the American Cancer Society which a portion of the proceeds benefitted and shocked everyone including myself with his singing talent. The handsome entrepreneur and successful real estate broker told the world that he was just “a guy behind a desk like everyone else”, and that “music is the lubrication of life.” He urged the awareness of giving back and helping those in need, reminding everyone that Cancer touches the lives of all of us at one time or another. 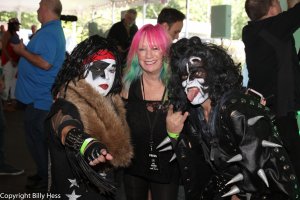 While the venue prepared dinner for all the guests, a meet and greet was held in the green room where fans could come and meet their idols, taking pictures, procuring autographs and doing pretty much everything they’ve ever dreamed of when meeting someone they admire.

Finally, the second half of the extravaganza was about to begin upstairs from the green room in a room laced with transparent disco-lit balloons and a large, colorful, fully lit stage backed up by an enormous video screen. Out came Deney Terrio adorned in a white, black collared tux, mixing swagger, and personality, with his dazzling blue eyes, and doing it very well.

Onto to the stage came the compelling, glittering and flamboyant DJ Monti Rock lll. With his black nail polish, his sparkling glasses, and Louis Vuitton purse, he paralyzed the crowd. After several appearances on The Merv Griffin Show he became a regular on The Tonight Show. Rock is considered to be one of the first disco artists to cross into the mainstream and he appeared in the movie Saturday Night Fever as the DJ. 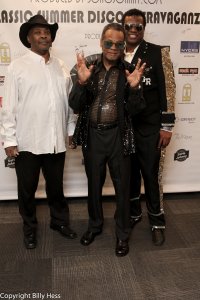 The outrageous and talented Sharon Brown wowed the audience with uniqueness and R&B flavor. She’s worked with Blood, Sweat, & Tears, Rare Earth, Todd Rundgren, and Ronnie Dyson who sang the song Aquarius in the Broadway show Hair. She is best known for her hit song, “I Specialize in Love.”

Sharon was followed by the world famous “Tavares.” All brothers who have won a Grammy and have opened for, The Jackson 5, KC and The Sunshine Band, and others. They are best recognized for their songs, “Heaven Must be Missing an Angel”, and “Whodunit.” The fans went wild during their performance, reminiscent of a scene from studio 54.

Other artists including: Double Exposure, Heatwave, Teri Desario, and Fonda Rae, however one of my personal favorites of the day was Jimmy Bo Horne. He was pure, unadulterated, funk in the highest form. Known best for his song, “Dance Across the Floor”, many of his songs have been used on film and video game soundtracks. 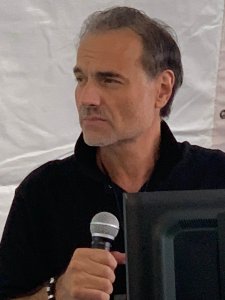 One of the most popular soul groups of the 1970’s was Harold Melvin & The Blue Notes with members once including Harold Melville and Teddy Pendergrass. Trudy, the daughter of the late Harold Melvin accompanied the Blue Notes who are recognized for songs including: “Don’t Leave Me This Way”, and “If You Don’t Know Me by Now.” Their harmonies and performance was unmatched. 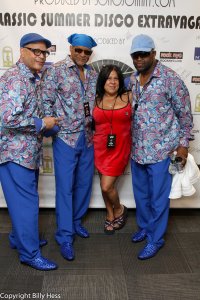 The super grand finale began with American Idol’s Constantine Marouilis who received a Tony nomination for Best Performance by a Leading Actor in a musical for his role in “Rock of Ages.” The sexy star sang Bohemian Rhapsody, a song from “Rock of Ages”, some new music and a Bon Jovi cover, “Living on a Prayer.” How he didn’t win his season of Idol I’ll never know. The last song of the evening included all the artists on stage, and led by Constantine and SoHo Johnny, performing Journey’s, “Don’t Sop Believing.” It was the closest thing to magic…. 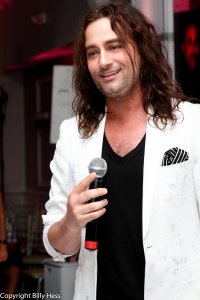 The entire day was filled with music and wonder. There wasn’t a diva in the house, but on the contrary all the entertainers were class A professionals, kind, warm and ready to engage. I heard extraordinary stories and met extraordinary people. By days end I am honored to call most of the artists present a friend…in some cases a great friend. Special shout outs to Deney Terrio who couldn’t have been warmer or nicer, Rodger Banks from The Blue Notes, who was kind and polite, Star Hanson, for his humor and fun, Sharon Brown who has become a personal friend, Jimmy Bo Horne, for his kindness, all of the Planet Patrol for their humor and cool interview, Joe Thomas from Instant Funk who told the coolest stories, Robert Bartko, for being so appreciative, singer LaDiDa, for being a plus one to her dog, literally. Constantine, for being very cool, Danny Clay, for wearing the best jacket ever, and Monti Rock for saying “That Bitch Always steels my thunder”, after Carol his accompaniment fell outside the venue, (luckily she wasn’t hurt)…..

For a gig of such magnitude to go down so smoothly, , there is nothing left to do but thank as many of the team members as possible including: Steve Calapai, who ran the show and kept everything in order, as well as helped market it. Gayle Serle, Johnny’s assistant, Tomás Doncker, Marla Mase and Dylan Mars Greenberg who orchestrated the commercials and Johnny’s style. World Star PR the publicists for the event, Billy Hess, one of the main photographers, and his assistant Mark De Alwis, the DJ, who did a smoking job, Nancy, who coordinated the artists, those at the venue, and a host of others that I am not even aware of. 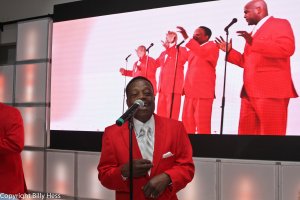 The event will go down in history as The Woodstock of Disco, and The Live Aid of Disco, all because of one person’s desire to share what he loves, and his wish to help humanity. My hats off to SoHo Johnny and his efforts, his Financial support, his first class choices, and his dream….Johnny will be producing more such shows in the near future and if he doesn’t become a singing superstar or the coolest man on the planet first, he will certainly be recognized historically for his aristocratic events….. 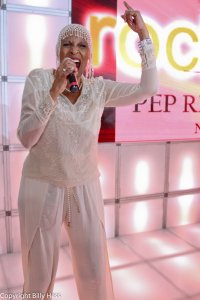 “Disco music in the 70’s was just a call to go wild and party and dance with no thought or conscience or regard for tomorrow”….Martha Reeves

“I’m happy to sparkle like a glazed disco ball”….Paloma Elsesser 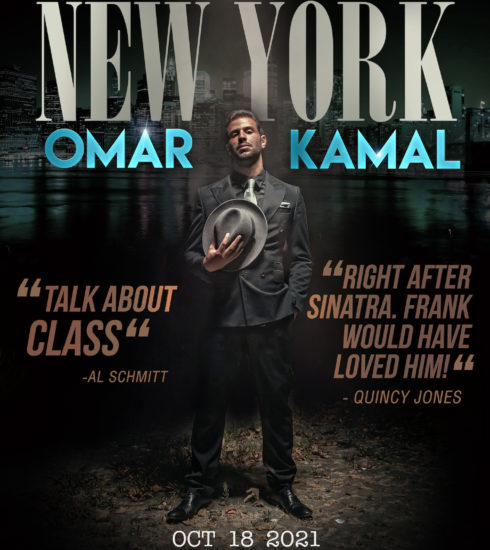 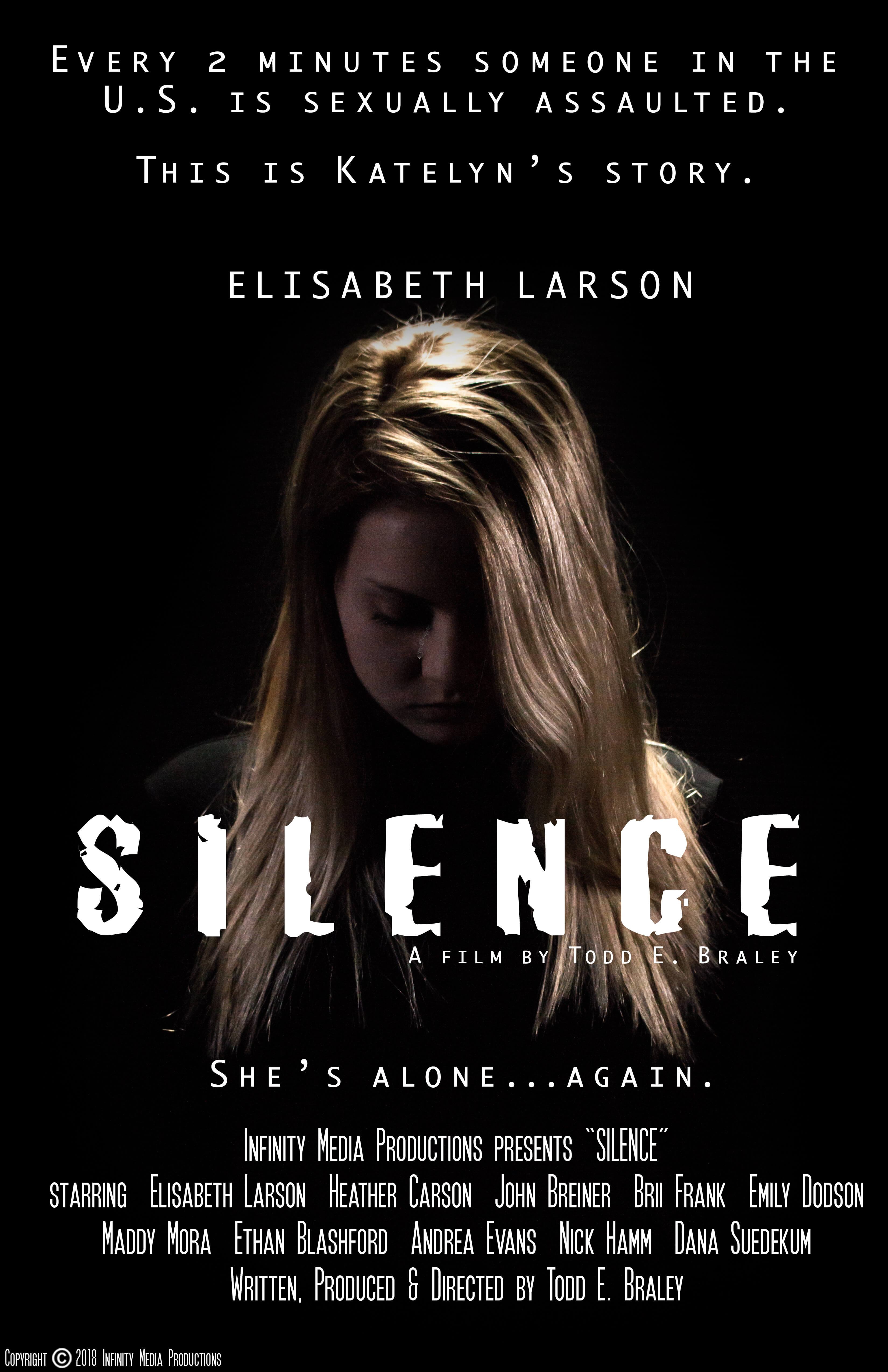 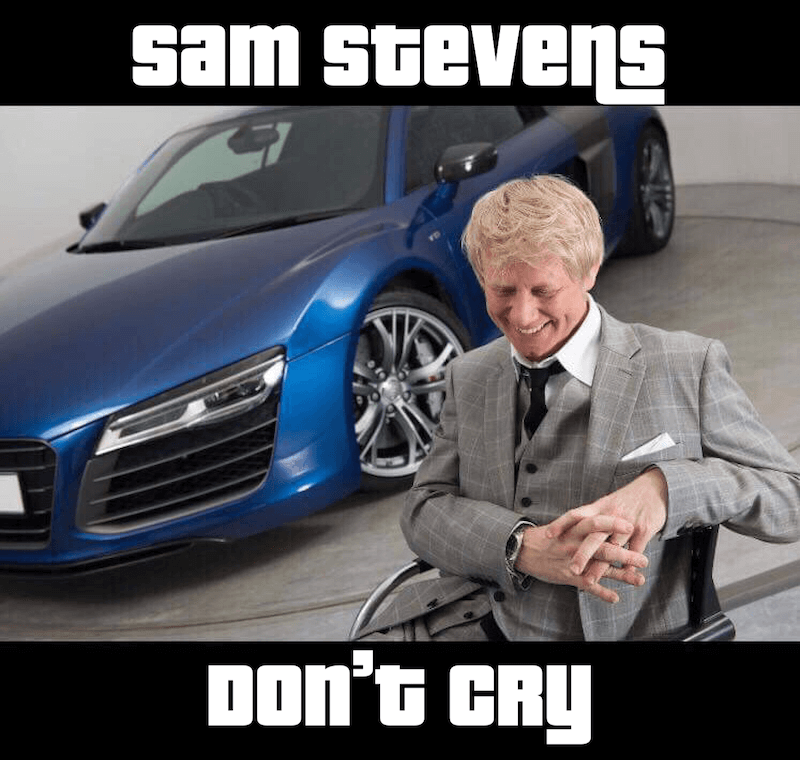