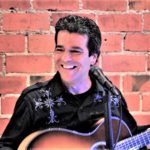 How Vocalists Divide Their Love for Acting and Singing

The Pros and Cons of Being Only One Type of Artist

Learning Everything All at Once

Knowing Your People and Places

Stepping Out into the World of Performing Arts

Many actors and singers share their love for the performing arts. While they do appear in overlapping fields of film and theater, the way they divide their time and appearances between the two differ. Sometimes, some artists are strictly actors while others choose to focus on their musical careers. Luckily, with the production of many musicals and plays, some performing artists fulfill as actors and/or musicians which is a benefit for those who wish to experience both. In this article, there are a few facts about the industry, and we will also introduce an incredible artist who is excelling in this art at the end of the article.

The Pros and Cons of Being Only One Type of Artist

There are always two sides to a decision and artists go through many stages of decision-making throughout their careers. Some of these decisions come with a cost and usually,

it is in the form of sacrificing time or financial resources in order to pursue a passion. When artists choose to focus on only one aspect of their career, they are usually turning down opportunities that include other skills. So, if an actor decides to only pursue film, they might miss out on opportunities such as plays, musicals, and/or films and TV shows that require them to be musically prepared and fluent, in addition to choreography and dance skills. While that is negative, they may also be able to concentrate on the human condition and excelling their techniques in capturing a role or a scene to near perfection. This all depends on how an artist wants to approach their craft and which area of performing arts they wish to pursue.

Learning Everything All at Once

Some artists choose not to limit themselves and they wish to explore many if not all aspects of the performing art world. It is a bold decision to make, and many artists have made it successfully.

This means they have to be prepared for any requirement that is mentioned in preparation for an audition. Most artists would need to be trained for vocals or dance performances and to present an example of them fulfilling the need of a role. This also means that they would have to know what their abilities are and which role they could even audition for as many musicals have varying vocal range needs. But this also increases the number of auditions an actor/singer could go for, which naturally increases the probability of being chosen for a role. Being in more than one environment also gives access to more connections and enriching artistic experience to a performer.

Knowing Your People and Places

Working in a field where it is important to be seen can be quite challenging, but not if you know your audience and the people you’re working with well. Many performers have found great success by connecting with other artists that have adjoining artistic views and ideas, which further enables them to work together and create something special. This can also mean being present in spaces that allow these connections to happen such as media events, film festivals, concerts, and other thrilling venues. Another important step in the way is being active in workshops and retreats that connect artists to each other in their creative process. Being inspired during this time can bring artists closer together as their visions are coming to life, and it can be a great start for collaboration.

Stepping Out into the World of Performing Arts

At last, every artist must gather the confidence and courage to step into the beautiful world of creation. There are many challenges that come along with any career, but the rewards are worth every risk is taken. Although it may be terrifying at first, the beginning is always the hardest part. Once an artist makes great connections and begins working, they will start focusing on ways they can bring out their uniqueness and let the world see how they perceive things, which is the greatest gift any artist can give to their audience. And one artist that has successfully stepped out into that world is Zoey Zo. She is a New York-based actress and singer. Zoey has had immense success working on stage and in TV shows and films.

Zoey Zo is a legit soprano singer and uses mixed belt techniques. Her vocal range is between A3-D6. Her work with highly praised directors has shown her audience her irreplaceable presence and magical voice. She has performed at the 2021 Oscar Hammerstein Award Gala along with a fantastic ensemble. For Zoey, working with terrific artists is one of the greatest joys of being a singer and actress. Zoey was also cast in two of Long Island Children’s Museum’s plays, My Butterfly and Lyle the Crocodile. Furthermore, she expanded her theatrical experience by being part of the reading of Children in the Playground which was directed by Benjamin Smith.

Zoey’s opera experience is tremendously impressive. She performed at Brancaleoni International Music Festival for the Opera Puccini: Suor Angelica in the role of Le Cercatrici. Within the opera, there are several nuns that followed her for the performance. Zoey was also a soloist for Meng-Chun Vocal Recital which took place at National Taiwan University Concert Hall. Both of these opera performances heavily impacted Zoey and left a lingering serendipitous memory for her.

Through TV and film, many directors and castmates have been honored to work with Zoey, as she has also been widely appreciative of collaborating with them on special projects. Her most recent project was called Loneliness Can Be Murder. The film has quite heavy undertones in highlighting emotional charges that affect the human condition. Her character was a lonely girl, and the entire movie revolved around her experience with the world. In contrast with Loneliness Can Be Murder, Zoey was a rebel girl in Musee My Fantasy. The role opposed the other so well that it clearly defined her well-preparedness for appearing in juxtaposing performances. Zoey reflected on both films, and she stated how great the transition was, as it enabled her to go through the challenging scales of the human condition, and how great it feels to capture that.

Sachin Ravindran. How Far Are You Willing to Go for Your Dreams? 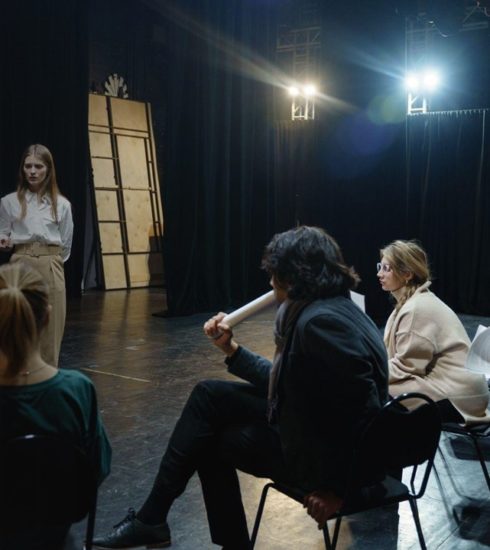 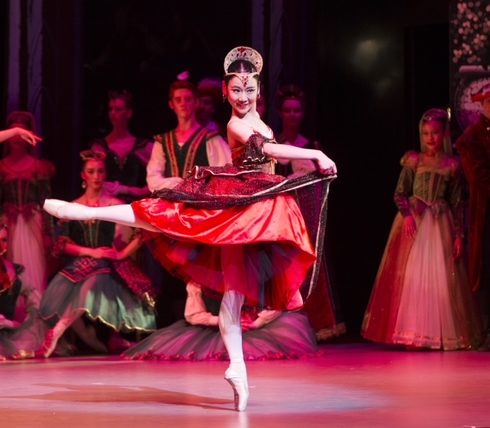 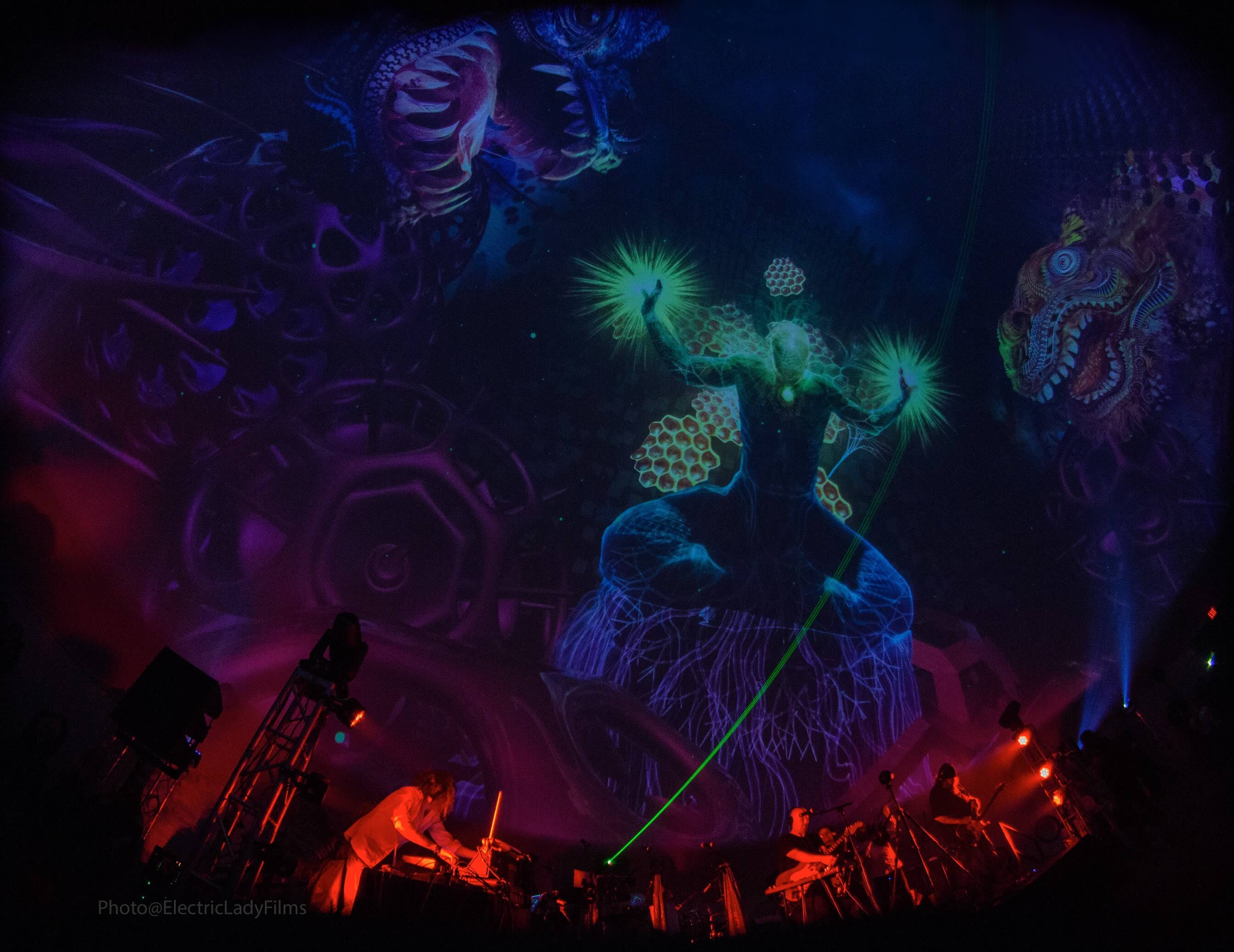