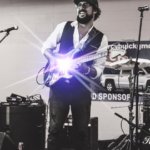 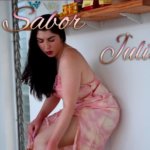 A somber voice. A glimmer of light. The lyrics and the tone in the new single, “Lillian” from Americana singer/songwriter, Jeremy Parsons crafts an awe-inspiring feeling in its wake. Parsons, a Roots-chart topping artist for his work on “Why is the Bluebird Blue” colors his canvass yet again with vibrant imagery. He lets his guard down. “Lillian” is from start-to-finish, one of 2020’s best singles.

Inspired by the street name, Lillian, a sign-post he crossed each day en route to his work in East Nashville, Parsons is no longer living in Nashville, but back in his home town of San Antonio, Texas. Knowing the background of the story isn’t a necessity, but it lends itself to the mood and Parsons’ state-of-mind. He’s singing about a comforting soul in his imaginary Lillian. She’s a kindred spirit to his down on his luck attitude. I loved the lines has a job that she loves to hate, but still she never quits, she really likes to use the word blasé, compares herself to a car on bricks. The listener feels this sense of having all the right maps on hand, ready to roll and connects with the idea of being stuck. When you’re aiming high and things just aren’t moving, the world does seem blasé. As a wordsmith, he plays with the listener on antonyms in his writing, furthering the layering. If a listener didn’t know the backstory, and just assumed it was about a woman named Lillian, all the better. This song has so many paths to cross and explore.

He starts and ends with the two lines she said she never wears underwear, I said I never wear shorts. This conversation he has with her, sharing with his audience, is cute funny. His double use is charming and poetic. We all have those quirky friends (or a friend) that seem to just spit out random facts about themselves. That’s part of why we enjoy them so much in our lives. I liked that Parsons peppered the song with this. Not all songs about females show the ‘realness’. They are often more glamourous depictions or in the case of “Eleanor Rigby”, we find ourselves feeling sorry for the main character. I think Lillian, the name of the street or not, is real to Parsons. He makes her real.

Parsons sings with the luxury of hindsight. He’s not rushed or feverish. He’s content and contemplative. His voice is gravely. He’s traveled many miles on those vocal chords and probably threw back one too many beers or shots of whiskey. The guitar work, a beautiful, subtle strumming sets the time and place in a crisp, autumn-like pattern. The viewpoint is just as important. As I closed my eyes, listening to just his voice and his words, I brought myself to that part of town, that crossroads. Parsons provides the listener with enough leeway to explore the unknown within themselves in this understated vocals. Adding any more instrumentation or production would be a disservice to this song. It’s perfect.